What we stand for

As a church we have agreed to prioritise the following four activities:

We believe that we need to depend on God the Holy Spirit in all we do through prayer, before each service and in our regular prayer meetings.

We believe that God’s voice is heard as the Bible is expounded and the person of Jesus Christ is proclaimed Sunday by Sunday.

We believe that Christian care is seen in loving relationships where the ministry team enable us all to speak the truth in love to one another as children of our heavenly Father.

We believe that we should partner with those who are also committed to the unity found in the one God, Father Son and Holy Spirit and expressed in his final and sufficient revelation in his Holy Word.

Over the years we have held a number of exciting and varied events.

The Queen’s Jubilee was celebrated like the rest of the country – with a street party, but ours was in the John Owen Barn. 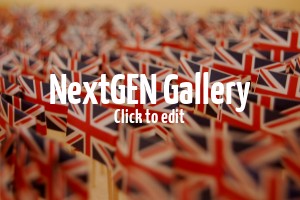 The Two Rivers Mission to the Colne and Stour was a joint initiative of the churches in the valleys of the rivers Colne and Stour in Essex and Suffolk reaching out to their communities with the good news of Jesus – taking the Gospel outside the church walls to where the people are. 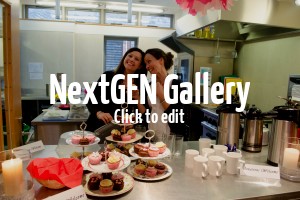 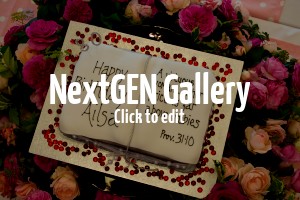 Fordham Church is steeped in history. The first record of the church dates from 1087 when it was recorded as a gift from William the Conqueror to the Abbey of Bec in Normandy. The nave is believed to date from this time. There have been several alterations to the church, a major reconstruction having taken place early in the 14th Century, and a number of re-orderings and major repairs recorded in 1547, in 1633, in the 1680s, in 1796 when the spire fell and the tower was rebuilt without it, and a further restoration in 1861 and another in 1907. The recently completed 2010 re-ordering carried out under architect Quinlan Terry CBE, a former member of the congregation, therefore stands as a timely milestone in the history of Fordham.
The advowson descended with the manor from 1325 or earlier, and after the manor was divided in 1543 the patronage alternated between the lords of Fordham Hall and Great Fordham manors, except that by lapse the Bishop of London presented in 1561 and Queen Elizabeth in 1597. The advowson changed hands a number of times down the years until in due course the Great Fordham manor share was transferred to the Reformation Church Trust, and the Fordham Hall manor share to Balliol College, Oxford, who then took alternate turns to present, the most recent time being the turn of Balliol College. It is the source of particular gratitude and pleasure that Fordham Hall is currently available for parish use, thanks to the generous provision of a private Trust. There have been several Rectory houses, and the present Rectory in Wood Lane, Fordham Heath, was acquired in 1964 on the sale of its predecessor, to be occupied by the associate minister and his family.
The Rectors of Fordham represent an equally interesting reflection of the history of its times. The earliest recorded rector was Henry in 1198, also Dean of Lexden. Roger Walden, Rector briefly in 1391, later became Archbishop of Canterbury. In 1618 when Robert Cotton was Rector, parishioners broke into the church and removed the pulpit in protest at his preaching.
In 1643 John Owen, a distinguished theologian, wrote a spirited defence of Calvinism which gained him the appointment of Rector, later becoming a preacher to Parliament, chaplain to Oliver Cromwell, Vice Chancellor of Oxford University and a regular adviser in affairs of state.
John Owen’s theological writings, arguably the finest body of theological scholarship in the English speaking world, remain in print to this day and have been described by one writer as to be valued ‘above all human writings for a true view of the mystery of the Gospel’.
During his short time at Fordham, among other publications, he wrote two catechisms for parishioners which begin: ‘Brethren, my heart’s desire and request unto God for you is that you may be saved’. He laid great store by the centrality of preaching Biblical truth, so that holiness might flourish and God be glorified.
It is little surprise, therefore, that the new building that houses an auditorium, teaching and conference rooms, and the church administration centre should have been named The John Owen Barn. This too has been made available for the use of the parish through the generosity of a Trust.
The Church of All Saints Eight Ash Green is considerably smaller and of much later origin, having been built in 1898, financed by a bequest of a local benefactor, Mrs E.M. Searles. The church was built as a chapel of ease to St Michael’s Church Copford, and transferred to Fordham in 1961.
There is a bell-cote above the vestry and in recent years the west end of the church has been remodelled to provide a large glazed West door, replacing the north and south porches respectively with a kitchen and a cloakroom. The aim was to make this building a more welcoming, useful and user-friendly component of the parish teaching ministry.
The past twenty years have been characterised by a passion for the centrality of Biblical teaching. The congregation has built up steadily from a very small base, and an average Sunday morning Fordham congregation of around 90 adults is now the norm, with in addition to some 20 children attending activities appropriate to their age groups.

Click here for our foundations planning document for the church.